Why you should book me

I consider myself as a John Lennon Interpreter, who is dedicated to keep his spirit alive with hommages of his songs. Apart from that I have a few dozen original songs that are connected to his music.

It fascinates me about Lennon that he was continously progressing and transcending. Today he is mainly associated with peace and love. But if you know his biography, it becomes clear, that he had a very complex personality and had his processes with embracing these ideals.

I guess, it might be one of the main challenges in life to preserve the ability to love. Because life is disigned that way to bring disappointments and dramas sooner or later, that could easily manifest grievances. Whereas you can only progress in life, if you don’t build a wall around your heart, but allow the abundance and creativity of life to flow through you. That is not immature and childishly naive, on the contray it shows deep wisdom and understanding of life. As the alternative would be to mutate into a cold and withdrawn cynic.

Lennon was a genius as a musician and as a poet. Though the greatest present he left us behind, according to my opinion, is that he lived the massage “love is the answer“ in a credible way - a dictum, which was made by poets and prophets since thousands of years - but it makes it easier accessible for many people today, if the person lived in the 20th century and not ages ago.

If I could be a small wave in that stream, I would be greatly pleased … and according to your event, I would be a good choice to bring that spirit alive.

Apart from that you can book me for serenades or small musical interludes without a PA (power amplifier). At weddings or events I perform as a live musician and as a DJ. At a wedding i.e. I sing a hyme or something appropriate in the church, play a couple of songs at the celebration and make the DJ for the rest of evening. That demands of course a very detailed consultation beforehand and would be very individual. 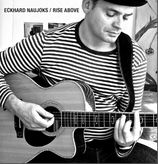